Our Artisanal Cured Meats are made in the traditional way using the finest ingredients.

To order, click on the product category below, our meats come in various weights and in sliced packaging.

The minimum order is 500g for some of the larger products, if you would like to order the whole product please leave a note when you checkout. 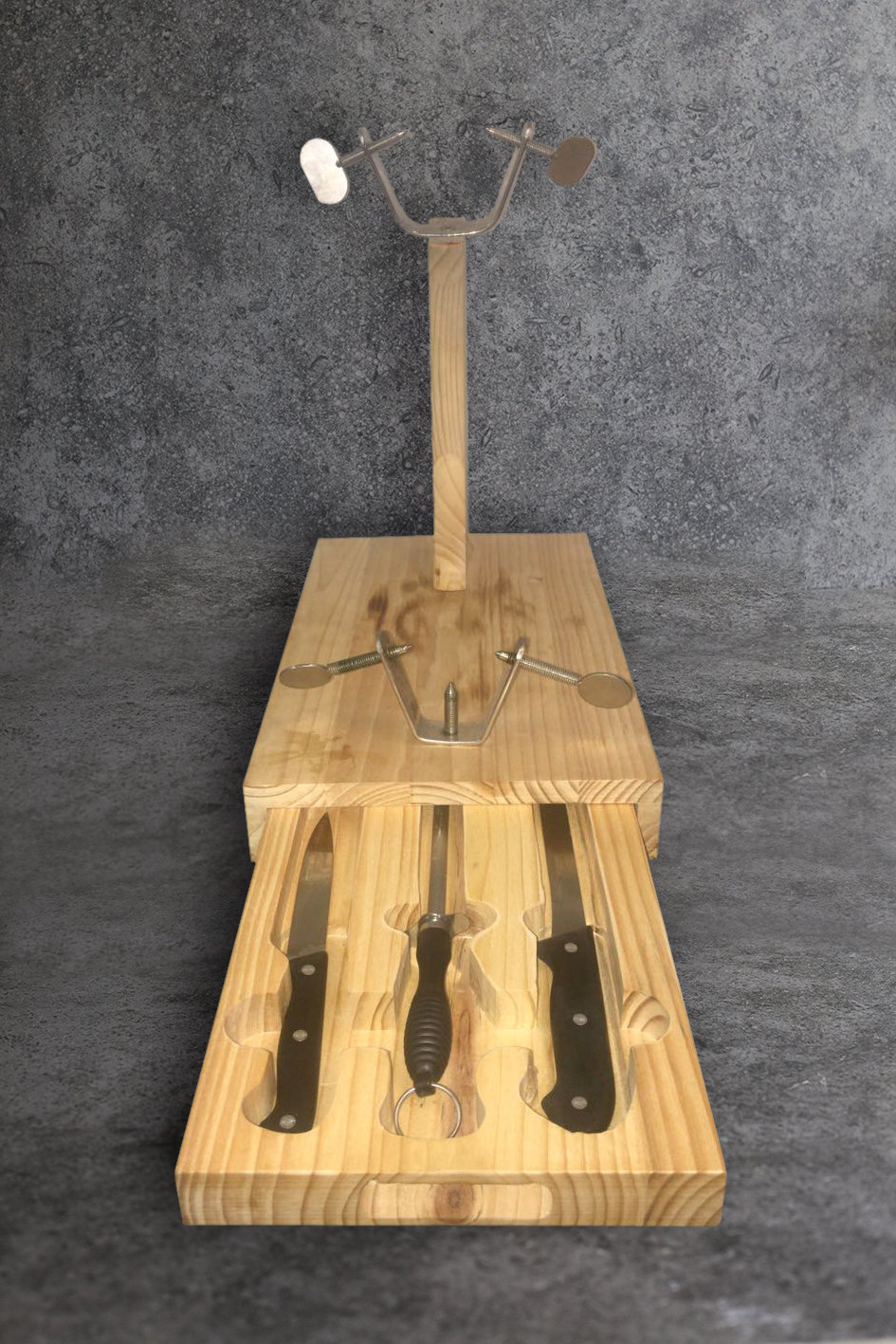 A jamonera also known as a portajamones or jamonero, is a form of clamp fixed to a wooden stand, specifically designed to hold a leg of Serrano Ham whilst it is sliced. The long and flexible bladed knife used to carve the ham is known as a cuchillo jamonero.

The device originated in Spain and traditionally has a simple, stout wooden base onto which a metal spike and clamp are fixed. The thinner end of the leg is clamped in an elevated position, while the shank rests on the wood, secured by the spike. Once mounted, the ham is normally stored this way at room temperature, often simply covered with a cloth to prevent excessive drying.

Save this product for later
Display prices in: ZAR